So, ever since I got feedback from the developers, I’ve been working on making the game much less frustrating and more accessible. One of the big things I worked on was making health easier to get. I made a couple of changes to address that. The first one was to simply make vases that drop hearts when broken be more common. I now scattered them all throughout the level, notably near the entrance/exit, and also near all checkpoint altars. Different vases yield different amounts of hearts, so I added whatever vase I felt was appropriate. Vases also have a probability of dropping a certain amount of hearts, and therefore doesn’t always yield a consistent amount (except for small vases, which will always drop exactly one heart). The probability per heart was relatively low, so I brought them all up to 90%. I also modified enemies so that, when they die, they are more likely to drop hearts if you’re low on health. With all of this implemented, I figured that the game would be more properly balanced. It seems that things may have taken a full 180 in terms of difficulty, though.

I had another beta tester who I had hold off on testing until I made the easier build. I sent it to her, and one of the things she told me was that the game felt too easy. That being said, she said she preferred more hardcore platformers like Celeste (I haven’t played Celeste so I’m not 100% sure how difficult it is, but I’ll take her word on it if it’s very difficult). She felt that heart drops were too common, and that heart vases shouldn’t be as common, because it felt more rewarding to get hearts from defeated enemies. Honestly, she made a really good point, and since enemies are far from uncommon, it should be easy to rack your health back up from defeating enemies alone, especially since your attack hotboxes are much larger and more forgiving now. I didn’t get rid of every heart vase, as I kept some around checkpoint altars, but I did get rid of some where I didn’t think they needed to be. Most of them appear after rather challenging areas in case there is a significant net-loss in health. I also brought down the amount of hearts that enemies drop if you’re low on health. It should still be enough, but it shouldn’t be going overboard.

Also, as a result of a fix I made regarding the player’s ground detection, there was actually a break in level 3. As for what I fixed, ground detection is handled by a raycast that emits from a little in front of and a little behind the player, and goes downwards from his vertical center area, ending slightly below the player. If that raycast hits ground at all, the player is considered “grounded” and can jump. Since this raycast starts all the way up from the player’s vertical center area (around the torso), this means that, if the player is touching ground from the torso down, he or she can jump. This wasn’t ever a real problem, but it was kind of strange with one-way platforms since you jump through them from underneath, and the player could continue jumping while being halfway through one. I changed it so that the raycast starts from near the player’s feet, so that the player couldn’t jump or continue to move upwards if he or she was halfway through a one-way platform. As for what the break was, there’s an area where the player can jump onto a spring and get onto a one-way platform. Apparently, this spring relied on the old raycast setup I had, and since I revised it, the player, at the apex of the spring’s bounce, is just slightly below the platform, but not high enough to get over it. Thankfully, this was an easy and uncomplicated fix, as it just required me to bump up the spring’s bounce power. Hopefully there should be nothing else like this in later levels. 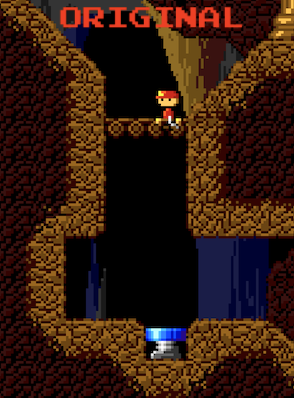 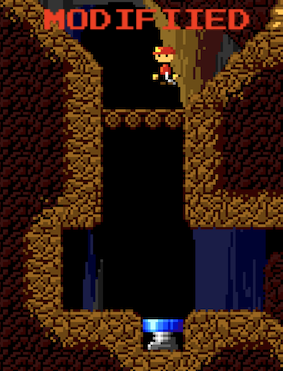 Anyways, after making revisions to make them game more properly balanced, I sent out a build to the beta testers. I also made some nerfs to the game’s big boss, and I wanted some feedback on that. One of the testers got back to me today about it, and it seems that, for the most part, the boss is a lot better and more manageable. The final phase still needed some work though, as there were some glitches and some hard-to-avoid hazards. I spent this evening cleaning those up, and I think it should also be a bit more manageable. As I’ve stated in the past though, I’m gonna neglect sharing anything about the boss until the game is released, which is soon actually. The game is scheduled to release on December 18th, which is when a lot of kids and students will be home for winter break and have a lot of free time, so they may give my game a whirl. In anticipation for this, I’ve begun working on a trailer for the game. It’s not done yet, but it almost is, so expect something later this week!